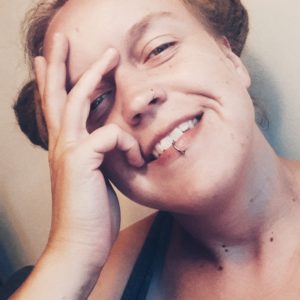 I am a technical translator living in Vlissingen, the Netherlands, and painting has never been an option for my professional career. Growing up in the very traditional Emsland region in western Germany, close to the Dutch border, my early ideas of my future life were limited to school, studies, job, and…well, I never really thought any further.

After failing to be accepted by several German universities for graphical design, I decided to take some time out and spent a few months working as a volunteer carer in England. And this changed everything!

Before I went to England, I was frustrated and unfocused and I didn’t really have a clue about what I wanted to do. But in England, my future finally seemed to assume shape and I decided to study languages and to become a translator once I’m back home.

No sooner said than done, I found myself as a student of technical translation at the University of Hildesheim in Germany. I graduated in 2007, ended up without a job, and acted as a freelance translator from necessitiy. This was another breakthrough in my thinking as I learned that things don’t usually work the way you want them to – and I learned that there’s always a way.

It was hard times before I could finally live from translation and it was even harder when I realised that although I love languages, they don’t really make me happy. After all these years of studying, learning, working, and ever more learning, something knocked at a very small and nearly forgotten door in my mind…

…and the knocking grew louder!